How Safe is Your Vape? 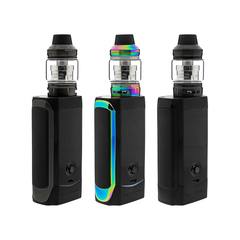 Vaping has taken the world by storm, especially among people who have quit smoking or are in the process of quitting. Vaping has been hailed as a healthier, less addictive option than cigarettes. Many people have found relief from their nicotine addiction in a vape juice containing less harmful chemicals than most cigarettes. However, the problem is that some research has started showing the negative side effects that vaping could have on your health. If you didn’t start vaping to quit smoking, this habit could be detrimental to your health, so it may be a better option never to start vaping if you can help it. Is your vape really safe, or would it be better to ditch vaping devices just like you ditched smoking?

In addition to helping nicotine addicts overcome their dependency, vape devices boast an extensive number of juice flavors. From fruit flavors to blueberry pancakes, there is a flavor for any vape-enthusiast. The claim that many vape shops make is that vaping is much healthier for you than smoking. Instead of inhaling dangerous carcinogens along with the smoke, water vapor fills your lungs when you vape. Most people would argue that breathing anything that isn’t air must be harmful to your health, but where is the actual research?

Research on e-cigarettes and vape devices has started to show that while you aren’t breathing in the same toxins, you are still breathing in toxins harmful to your health. Vapes contain chromium, which is a toxic element that is not found in traditional cigarettes. It has long been known that inhaling chromium in high amounts can cause respiratory issues, including polyps of the upper respiratory tract. Chromium also has carcinogenic effects.

In addition to this dangerous chemical, vape devices also contain nickel in higher levels than regular tobacco, as well as lead, zinc, and other toxic metals. Overall the use of vapes and e-cigarettes is considered less dangerous than smoking cigarettes, but still dangerous, nonetheless. The presence of chromium and the high levels of nickel raises concerns in particular. Quitting smoking by turning to vape devices or e-cigarettes may be beneficial in the short term, but eventually, it is healthier to quit vaping.

Vape devices generate a lot of heat when used, especially if used for an extended period of time. Any vaper knows this if they have ever accidentally blocked their airflow or had their lips burned by the vapor coming straight out of the device. Touching the tank after vaping can show how hot the device can become, as well. This heat isn’t felt if the vapor is inhaled directly into the lungs and the fingers don’t touch the device’s tank. That doesn’t mean it isn’t harmful, as the heat from the device can result in inflammation in the lungs, which eventually causes scarring. This scarring can ultimately lead to popcorn lung, a life-threatening condition that has no known cure. Popcorn lung can often look like other lung diseases, as it causes breathing problems as your airway is slowly blocked due to the scarring. Vape juice has been proven to contain diacetyl, which most often causes this life-threatening condition.

Risk Aversion in the Financial Industry